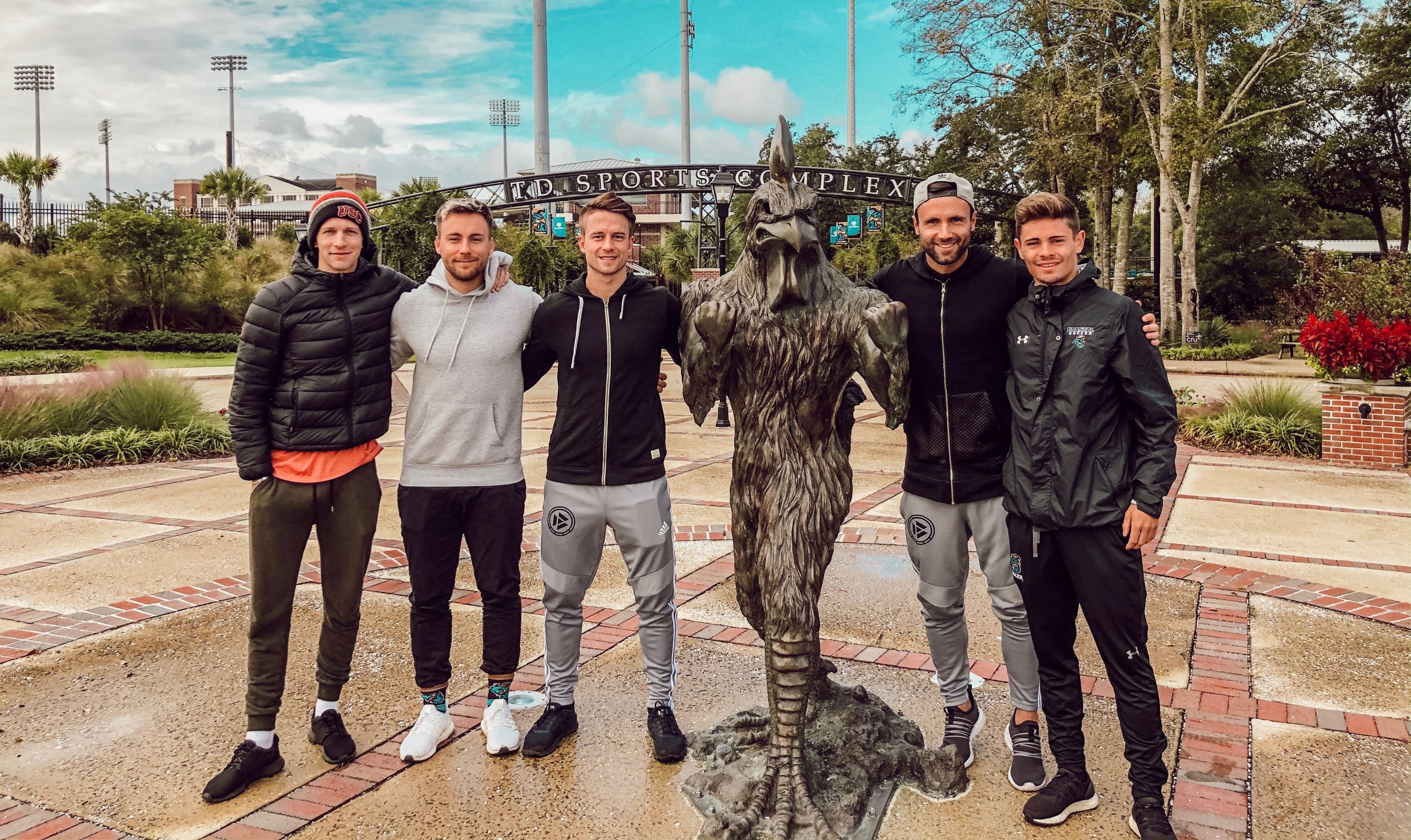 College Road Trip along the East Coast of the USA

A warm day in November 2019 – in the midst of a beautiful sunrise four members of Team Athletes USA pack their black Volkswagen Jetta at an office of Athletes USA in West Palm Beach, Florida. The car is filled to the max as they start a road trip along the East Coast of the United States. Final Destination – Manhattan, New York.

We want to meet our athletes in person to talk about their college experiences and offer future athletes a better insight into the life of a student athlete in the USA. Be ready to see beautiful campuses, impressive training facilities, student housing, and much more as well as meet great people along the way.

First stop of the road trip is Coastal Carolina University in Conway, South Carolina. We are visiting former WARUBI Sports Intern and soccer player for the CCU Chanticleer’s, Morten Timm.

Morten made his way from Thuringia, Germany to the United States almost four years ago. He played his first season for the University of South Carolina Upstate (USC Upstate) before transferring to CCU for another three years. He is currently in his final semester before completing his bachelor’s degree. Last season Morten and his team reached the 2nd round of the NCAA D1 National Tournament and became Sun Belt Conference Tournament Champion.

CCU was founded in Conway, South Carolina in 1954 and was declared an independent university in 1993. In the 2010s the university experienced a construction boom so that in 2017 for the first time 10,600 students were enrolled. Since the school year 2016/2017, the sports programs of the Coastal Carolina ‘Chanticleers’ have officially participated in the Sun Belt Conference in NCAA D1 and in the same year their baseball team won the NCAA College World Series, the university’s first national title. The sports teams are privileged to train and compete at impressive training facilities and stadiums on campus.

Next up is Monroe College in the Bronx, New York. The drive is long and since it is the middle of November the weather get’s a lot colder – especially compared to Florida…