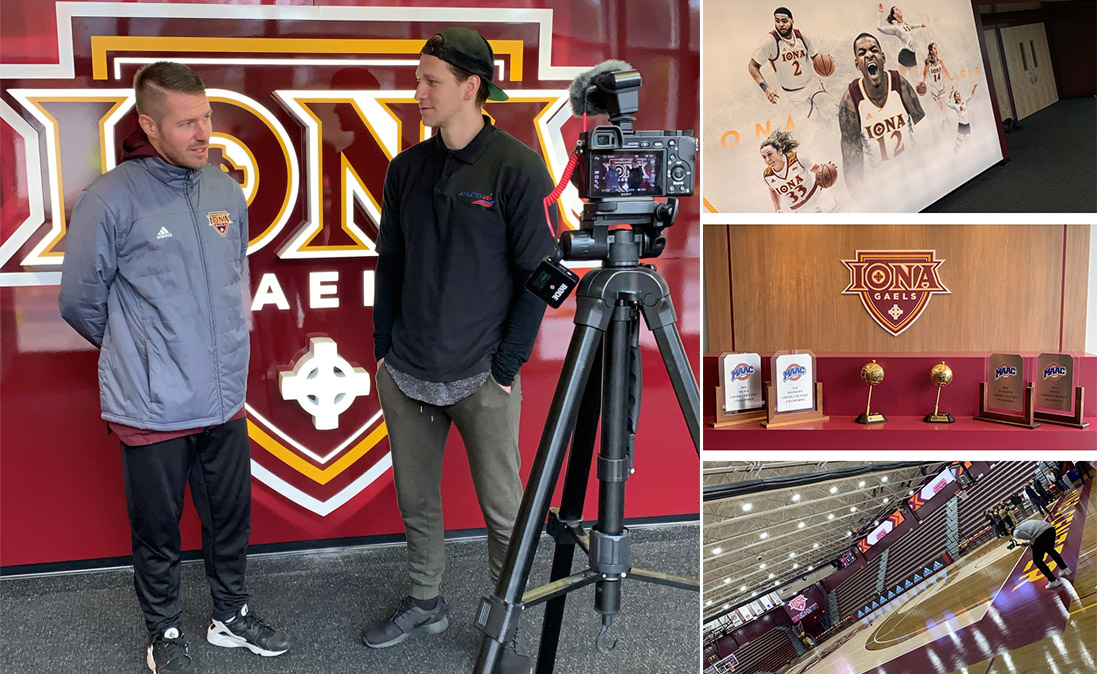 After visiting Morten Timm who attended Coastal Carolina University on a soccer scholarship, the Athletes USA Team started a 10 hour drive to Manhattan, New York. One of the first stops in ‘the city that never sleeps’ was Iona College in New Rochelle, New York.

Our team interviewed the 2019 Assistant Coach of the Iona Gael’s Men’s Soccer Team, Michael Holzer from Germany. We were able to ask some specific questions regarding college soccer and soccer scholarships in the USA as well as what an ideal soccer recruit looks like for college coaches. Michael also gives you some tips about how to put yourself in a good position for a soccer scholarship in the USA.

Michael Holzer joined the Iona College men’s soccer staff for the 2019 season after playing for Iona himself from 2013-14 on a soccer scholarship. Post-graduation, Holzer went on to play professionally with Reading United A.C. and the New York Cosmos. He was also the Program Director at Fox Soccer Academy and the head coach of FSA Pro, a semi-professional club in the UPSL in New York before he moved to California this summer.

The Iona College Gaels are part of the Metro Atlantic Athletic Conference (MAAC) and participate in NCAA Division I. The Men’s Soccer Team made history in their 2019 season winning the MAAC Conference Tournament Title for the first time in program history and thus earning their first-ever bid to the NCAA Tournament.

Michael was part of the UEFA-B License Course this January 2020 in Germany organized by Warubi Sports in cooperation with the Thuringia Football Association. He passed the course with excellence and is now a UEFA-B Licensed Coach. In addition, he also got to shadow Brendan Rodgers for several weeks during his time at Leicester City.

Iona College is a private Catholic college in New Rochelle, New York that was founded in 1940. They offers more than 60 undergraduate programs and 45 graduate programs in the School of Arts & Science and the LaPenta School of Business. The college also offers graduate courses in Manhattan and has 14 study abroad programs. As of academic year 2018-19, the institution enrolls approximately 4,000 undergraduate and graduate students from diverse backgrounds representing 35 states and 47 countries of origin.