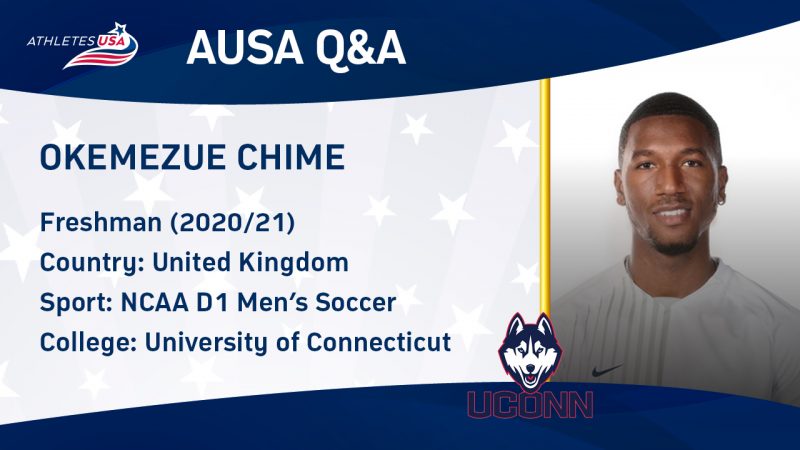 Training with the first team and making your professional debut aged 18 in the United Kingdom. Would you leave all of that behind to head halfway across the Atlantic to play college soccer in the USA? Seems like a ludicrous thing to do, right? Not for former Barnet FC striker Okem Chime! He left his aspirations to continue playing in the UK behind and instead decided to pursue the life of a student-athlete in the USA. During the Interview with Athletes USA’s UK Country Manager, Fabian Spiess, Okem talks about how to get a soccer scholarship in the USA from the UK. 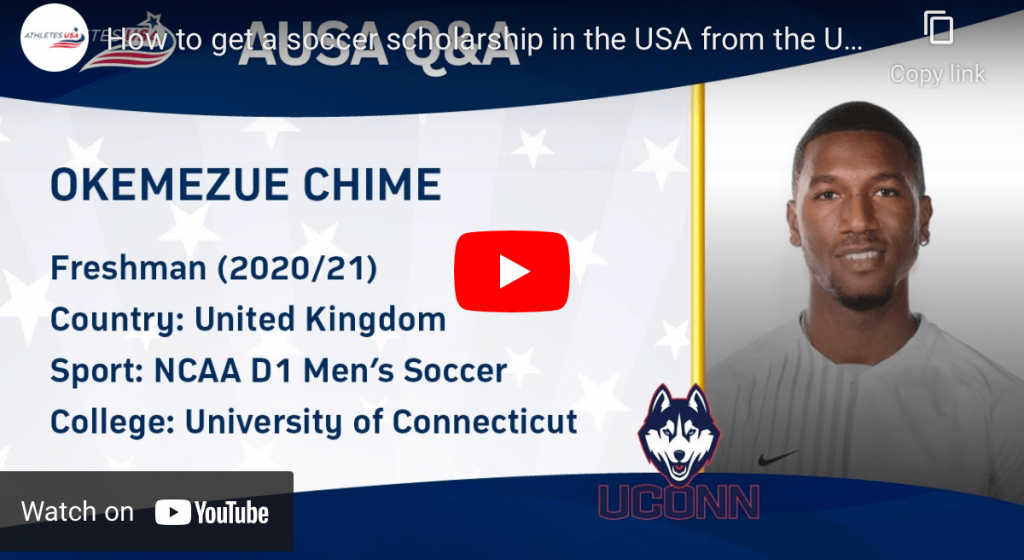 Youth Academy to Professional Debut in the UK

Okem played at Barnet FC since the age of 11, working his way up through the age groups. Eventually, he signed an apprenticeship aged 16. Impressing during his scholarship, Okem managed to break into the first team, making his professional debut against Stockport in November 2019.

As for many young players out there, remaining in the first team and getting regular games over seasoned professionals can often be a challenge. Okem was sent on loan to various non-league teams. He quickly realized that wasn’t a pathway he wanted to pursue. When an Athletes USA consultant reached out to him, he made the decision to explore the American scholarship avenue. 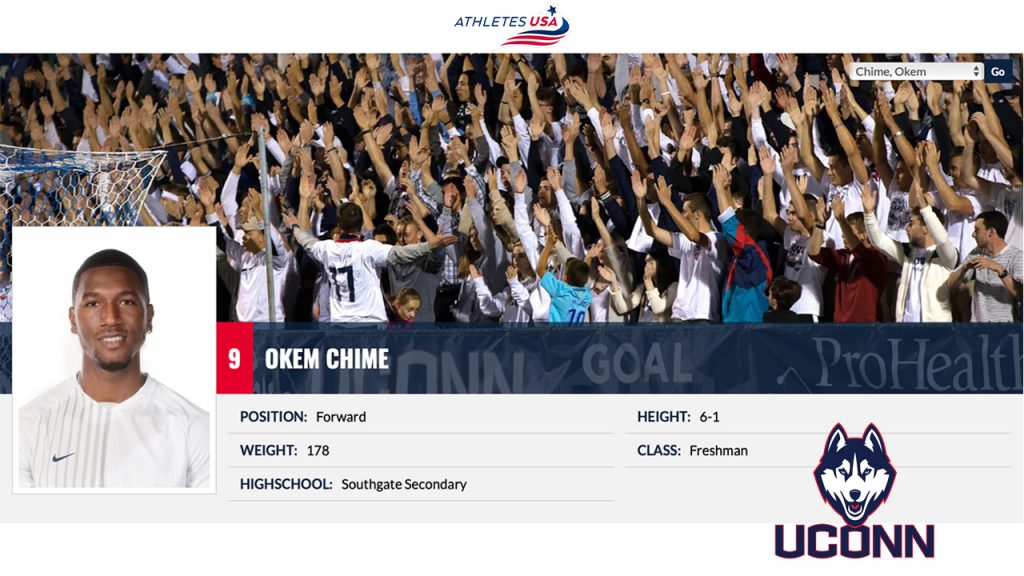 How to get a soccer scholarship in the USA from the UK?

With no real expectations, Okem joined the program in March 2020. Within only 48 hours he had some of the top colleges in the USA showing an interest. Due to Covid-19 restrictions, Okem was not able to conduct a paid university visit he was offered.

Nonetheless, Okem decided to join the University of Connecticut in the NCAA D1 Big Eastern Conference on a full-ride scholarship. His scholarship covers tuition, accommodation, food, and insurance costs. Despite a canceled season for Fall 2020, Okem has settled in extremely well and is enjoying his time in the United States.

“I had no expectations and have been pleasantly surprised by the level and calibre of player out here”, Okem says. “It’s all about being an athlete. We train regularly in the gym which has helped me physically. There’s a lot of support in place and we get a proper program to work on.”

The season recently started with the competition being moved to Spring 2021 instead of the usual fall season. Unfortunately, UCONN hasn’t had the start they had originally hoped for losing two out of their first three games. Okem and the team will be looking to put that right in the months ahead.

Get a free evaluation of your chances for a soccer scholarship in the USA > athletesusa.org/apply

Okem’s story is one to be recommended. He now has the opportunity to play and train at a great level. At UCONN he has access to fantastic facilities and an education that will set him up for a future successful career. Whether that be as a soccer player or in the outside business world.

His advice to anyone looking to pursue this pathway is to be open-minded. “Take your time and research the schools which are expressing an interest. There are so many opportunities out here and you have some really high-quality coaching. I have seen many examples of players who have come here and managed to still go pro” Okem says.

The answer to how to get a soccer scholarship in USA from UK? The common theme within young academy soccer players is that the UK will provide them the best opportunities to become professionals. Whilst that may be true for some, it won’t be for many. Being released by a club doesn’t mean you cannot find opportunities to be successful elsewhere. The US provides an ideal environment to thrive in, mature as a player and person whilst building an alternative career pathway.

For anyone considering this pathway: Do your research, speak to us at Athletes USA, and find out first hand what this journey could look like for you. We wish Okem the best of luck and will continue to monitor his soccer and educational progress. As we do with all our athletes over the coming years!