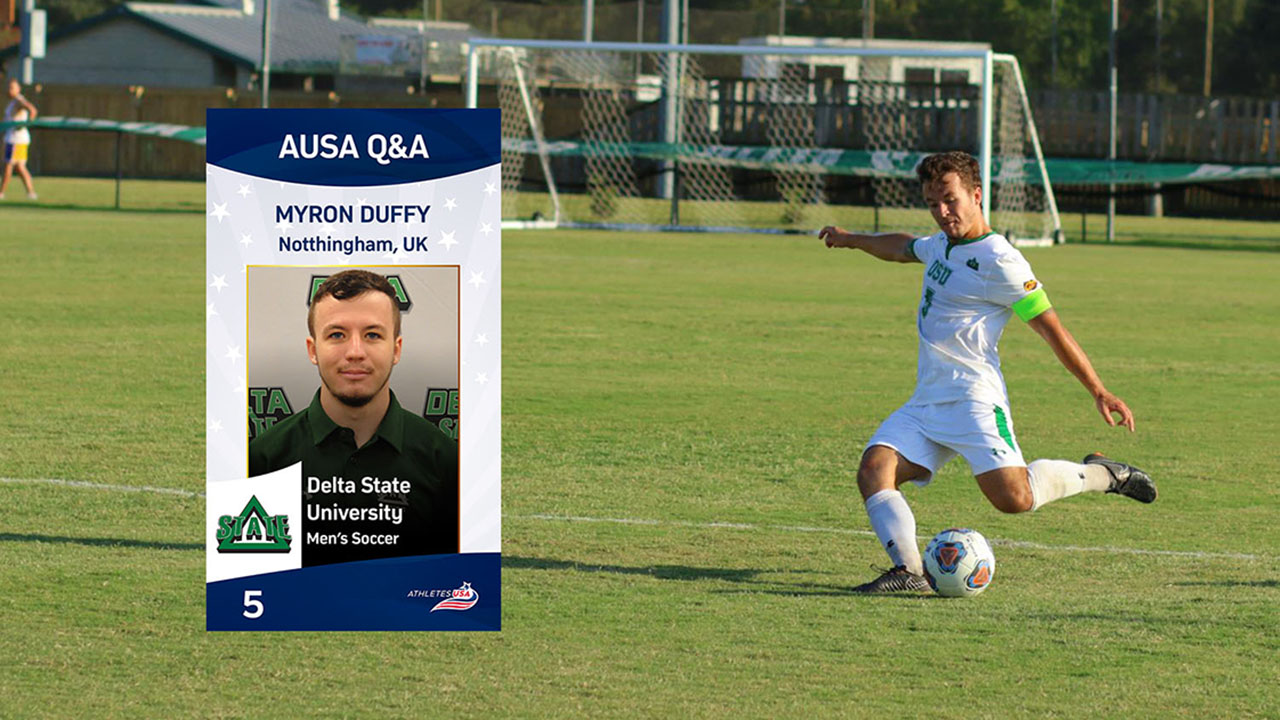 Myron played five years in the Notts County Academy before he went on to play two seasons at Basford United Academy in England. His team won the league in the first season going unbeaten with 15 wins and three draws, conceding only 16 goals and scoring 72 overall as a team. During the second season, Myron made it to the first round of the FA Youth Cup, scoring a penalty to seal a 4-1 win over Halifax Town in the last round of qualifying to get a tie away at Accrington Stanley FC. Also in second season made the Midland Cup Final beating Grimsby and Port Vale to reach the final and play against Walsall FC, who won the past two seasons.

During that time he decided to make his way to the USA to combine his soccer career with studying towards a Bachelor’s Degree. At Delta State University in Cleveland, Mississippi he took on the role as Team Captain very quickly.

2019 (SENIOR): Started 15 games for Delta State, served as team captain for the 2019 Statesmen, and registered the third most minutes on the team with 1,310 minutes played. He ranked seventh in career games played with 66, but owns the school record with 66 starts in his career.

2018 (JUNIOR): Played in 16 games with 16 starts a team captain. He scored one goal against Harding and assisted on four goals against Harding, Shorter, Lindenwood, and Auburn Montgomery.

2017 (SOPHOMORE): Played and started in all 18 matches for DSU. He logged the most minutes on the team, with over 1,630 minutes played and recorded two goals against Mississippi College and Auburn Montgomery. He had three assists on the season against Nova Southeastern, Ouachita Baptist, and Southwest Baptist. He also tallied a team-high seven points for the season.

2016 (FRESHMAN): Played and started in all 17 matches as a freshman. He logged the most minutes on the team, with over 1,430 minutes played.

How to get a soccer scholarship in USA from UK?