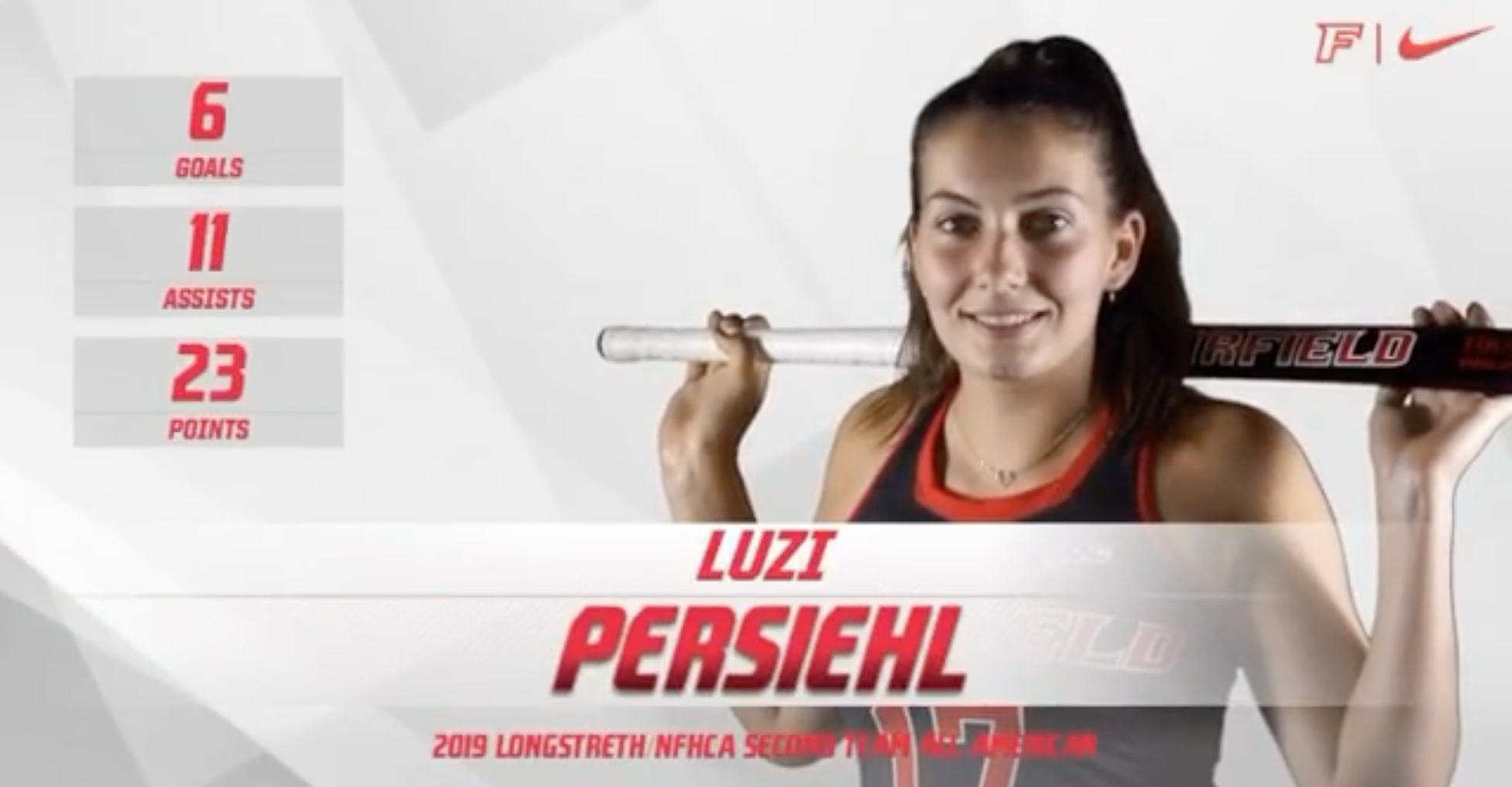 The Fairfield University Field Hockey sophomore is the 1st All-American in program history.

Luzi Persiehl crowned the Fairfield’s historic 2019 season with the first NFHCA All-American honor in program history. The sophomore from Hamburg, Germany had a standout season that earned her a berth to the Longstreth/NFHCA (National Field Hockey Coaches Association) All-America Second Team. 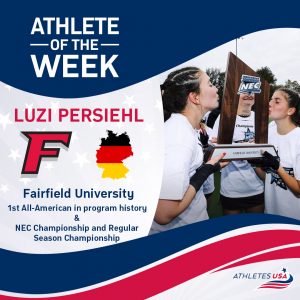 In November Persiehl was already named the Northeast Conference (NEC) Player of the Year as she shined on both sides of the pitch during the 2019 season. As a defender, she anchored a unit that allowed just 26 goals in 22 matches. The Stags posted five shutouts during the regular season, including back-to-back clean sheets against Indiana and Columbia, which resulted in a run of 127 consecutive scoreless minutes.

The sophomore was just as effective up front, placing second among her teammates with 23 total points in 2019. Persiehl posted six goals during the season with all six tallies standing up as game winners. She also added a team-leading 11 assists, a number which also tied for 22nd in the nation (0.50 assists per game). Persiehl had a hand in all five Fairfield overtime wins this season, scoring three times and assisting on two other game-winning goals in extra time.

“I am so happy that Luzi was recognized for her play during this incredible season,” Fairfield Head Coach Jackie Kane said. “She played an instrumental role in what this team was able to accomplish this season. She is truly deserving of this recognition not only for her play on the field but the role she fills for us off the field as well.”

The Stags finished the 2019 campaign with a 19-3 overall record. Fairfield captured the NEC Championship and Regular Season Championship, while earning a national ranking in eight straight weeks. The Stags established program records for wins (19) and consecutive wins (12), defeated at least one foe from every conference in the nation, and earned their first-ever NCAA postseason win with a 3-1 victory over #25 American.

Requirements for a Sports Scholarship in the USA

How to choose the right Sports Scholarship offer?

Which Scholarship Agency is the right one?