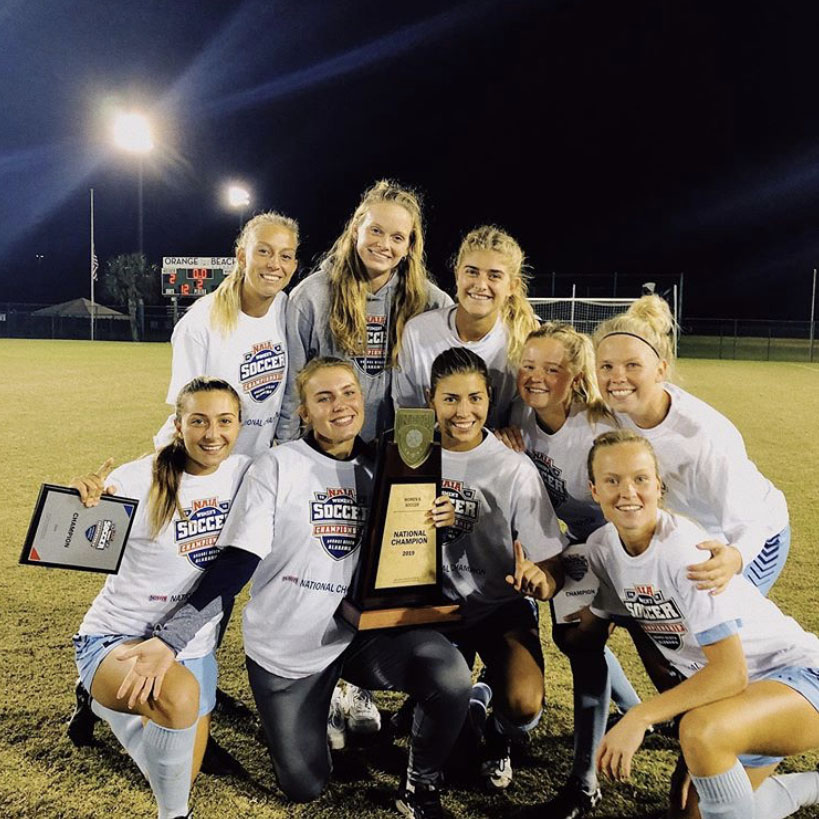 After winning a program record 20 games in the 2018 season, the Keiser Women’s Soccer team lost in the National Championship game to William Carey University. One year later, the Seahawks ended the season on a 22-game winning streak to claim the program’s first national title!

Congrats to our players Maxi Krug (Germany) and Lovisa Larsson (Sweden). These accomplishments and memories will always stay with you.

It was Keiser’s second consecutive appearance in the national title game. In 2018, they fell to William Carey University 2-0. In 2019 the Seahawks ironically had their sole defeat in Orange Beach, Ala., when they lost to then-No. 1 William Carey.

Coming back to Orange Beach, Ala., for the final after going unbeaten in conference action, the Women’s Soccer Team of Keiser University validated their No. 1 ranking by winning the program’s first national championship.

With two first-half goals from Tova Nilsson and Matilda Ovenberger, the top-ranked Seahawks defeated No. 13 Marian 2-0 in the NAIA national title game.

Keiser concludes the 2019 season with a program-best 24 victories and their first-ever national championship. They are the first team in the Sun Conference to win an NAIA National Championship in women’s soccer. The Seahawks finish the year as the Sun Conference Regular Season and Tournament Champions while going unbeaten in conference play.

KU went 8-1-0 against teams ranked in the NAIA Top 25 poll this season. Nina Haeberlin broke the program record for career shutouts with her 25th and 14th of the year.

Student-Athlete of the Year – Tobias Pellio