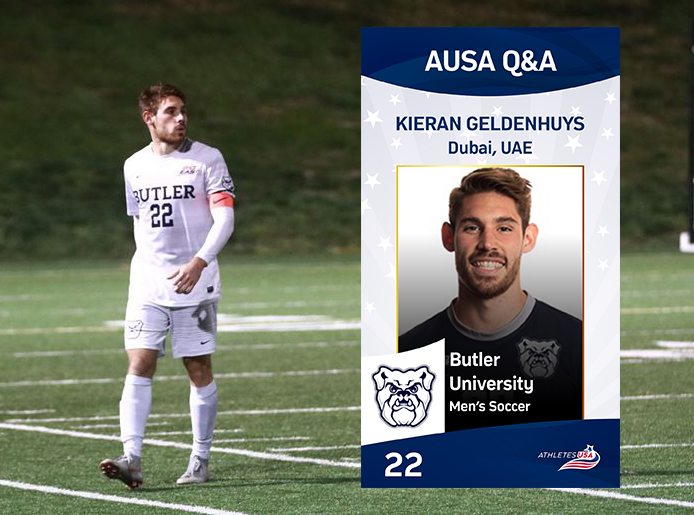 South African centre back Kieran Geldenhuys and Athletes USA Country Manager Fabian Spiess go far back into their childhoods in Dubai. Both shared a love for football and followed a similar youth path in the game. As internationals in Dubai, they both faced the challenge of forging a career and pursuing their dreams to become a professional footballer in a country in which football just wasn’t a popular sport. Both had to contend with playing men’s amateur football as 14 and 15-year olds, coming up against men who were at least 15 years older than them, just to play at a standard that would challenge their game.

It wasn’t long before either were scouted by Notts County FC Academy Manager Mick Leonard. They followed similar pathways as youth team apprentices from 16 to 18 in the United Kingdom, yet parted ways when Fabian was offered a professional contract, and Kieran wasn’t.

Kieran decided to pursue and continue his footballing journey in the United States, where he enjoyed 4 years at the prominent DI business school, Butler University.  In this interview, Fabian finally caught up with Kieran to get a deeper and better insight into his experiences in the American Collegiate Soccer system and got to know what he enjoyed most about it.