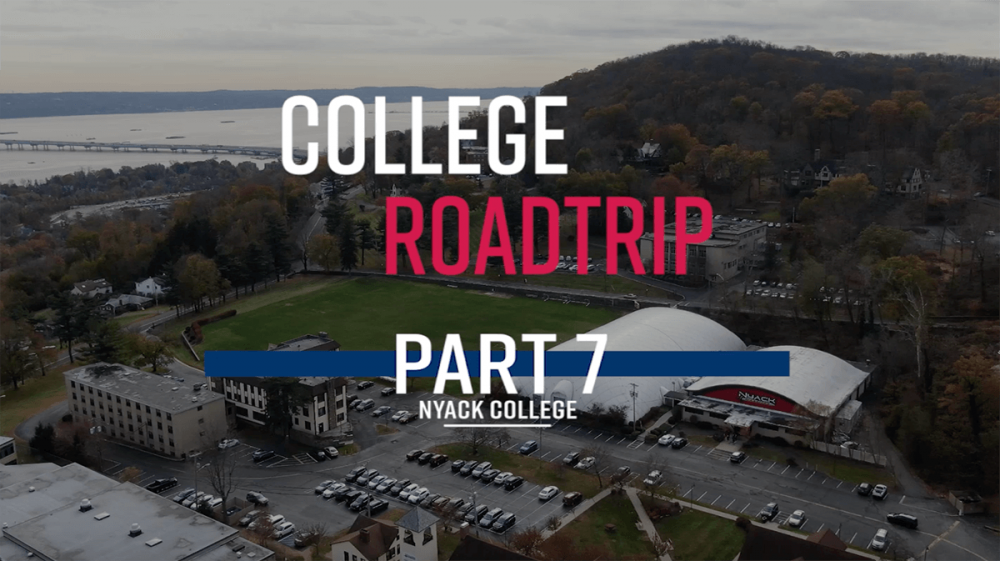 Erwin Bendl was born and raised in Bad Voeslau, Austria. Joshua Schliesing was born in Germany, raised in Zermatt, Switzerland. Now, both are living and playing soccer in New York City for the Nyack College Warriors.

Joshua was in his last year as a senior during the 2019/20 season. Erwin just started his USA journey as a freshman. During our road trip station #7 at Nyack College, they talk about their different experiences in the USA and how soccer in New York City compares to soccer at home.

Joshua Schliesing, 6’0″ winger, joined the Warrior men’s soccer program at Nyack College for the 2018-2019 season. The physical and dynamic winger came from German club team SV Horst 08. Schliesing also played for FC St. Niklaus from 2014 to 2015 while also spending two years in the youth academy of Bundesliga club Schalke 04 from 2011 to 2013.

The new head coach for the Warriors 2019/20 season, Alex Schmidt, was born and raised in Germany himself. However, he came to the USA in 2011 with a soccer scholarship to play for Nyack. A four-year starter on the Warriors’ soccer team, he was part of the 2011 men’s soccer CACC Championship season and the program’s historic NCAA Division II Regional Tournament berth.

One of Alex’s first decisions as the head coach for the 2019/20 season was signing Erwin Bendl. After a season full of adversity and a 2-14-2 overall record, coach Alex says: ”Year one was always going to be a transition year to lay a foundation for the years to come. There has been a lot of improvements on the field and in the classroom during a difficult season, but the guys never gave up and realized that this is all part of the bigger picture.”

He kept his word. During his second year in charge of the men’s soccer program, the Warriors finished the regular season 4-1, earning them a first-round playoff game, as well as the first-ever national ranking by the United Soccer Coaches (#24) after a 3-0 start into the season. The Warriors had three players named to the CACC All-Conference team. Max Meurer was also named the CACC Goalkeeper of the Year. In addition, Schmidt was named the CACC Coach of the year. 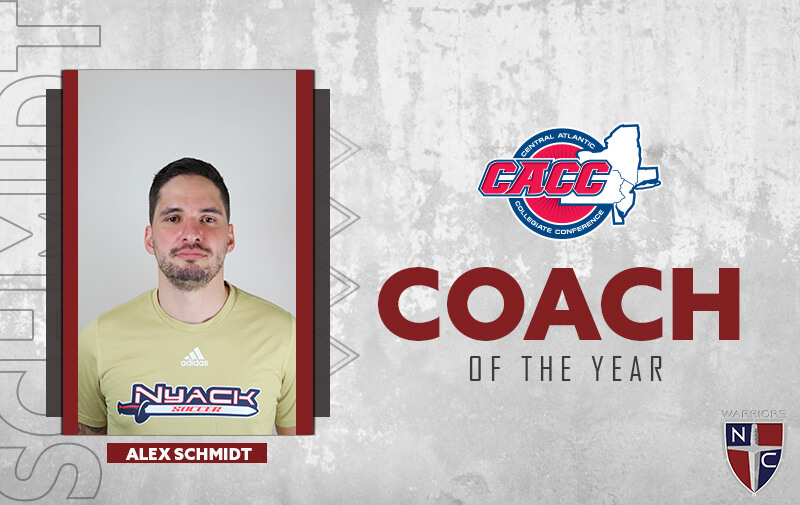 Nyack College, founded in 1882, is a private Christian college in New York City, New York. Enrolling just under 2,000 students, the school is organized in three academic divisions: the Alliance Theological Seminary, the College of Arts and Sciences, and the College of Graduate and Professional Programs. Nyack offers both on-campus and online courses as part of its undergraduate, graduate, and seminary programs. Today, the college closed its Nyack location and consolidated its New York presence at its Manhattan campus at the beginning of September 2020.

Formerly the Purple Pride, and before that, the Fighting Parsons, Nyack’s athletes are now known as Warriors. The Warriors participate in the Central Atlantic Collegiate Conference of the NCAA‘s Division II with 12 different sports. In 2011, the men’s soccer team earned their first bid to the Division II NCAA tournament.

Do you want to learn how to get a scholarship for soccer in New York City? Feel free to reach out to us or start a free evaluation of your chances.