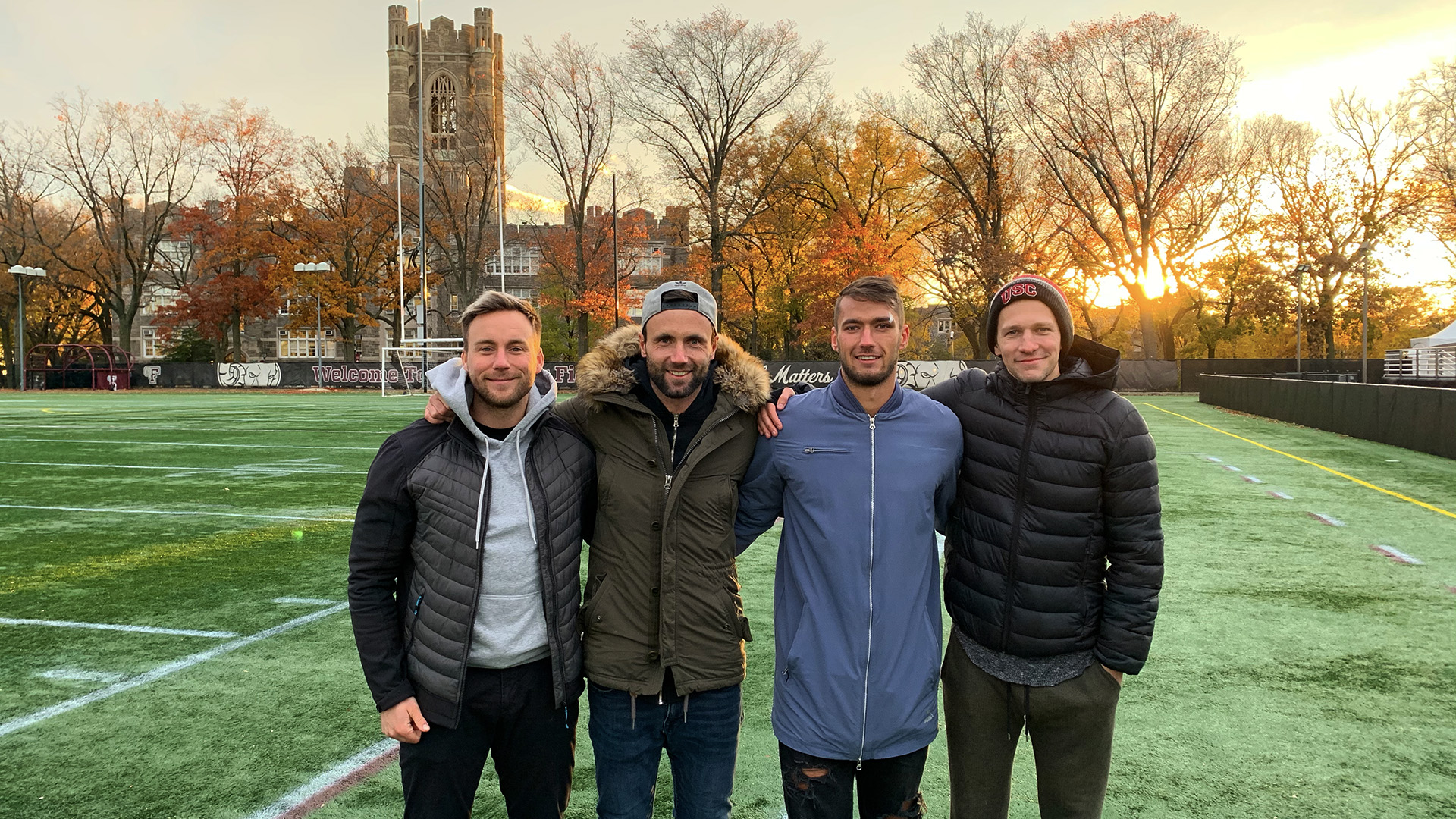 College Road Trip Station #3 and the second stop in New York brings the Athletes USA team to Fordham University. Johannes Pieles plays for the ‘Rams’ on a soccer scholarship and shows us around the beautiful campus as well as their athletic facilities.

Johannes’ soccer career reads like a fairy tale to any college soccer player. Growing up in a 300 people village in Langenbach, Germany, he eventually made it to the metropolis New York City.

Soccer Scholarship in the NCAA D1

Developing in the youth academy of 4th league team FC Carl Zeiss Jena, Johannes Pieles was able to make the step from the U19 into the first team. After one year with the first team he decided to continue his soccer career in combination with pursuing a bachelor’s degree in the USA.

In 2016 Johannes accepted a soccer scholarship from Syracuse University in the NCAA D1. During his second season for the Syracuse Orange, Johannes was one of the top performers, leading the team in scoring with a career high 16 points on a career-best six goals and four assists. In two seasons at Syracuse he started 28 of 37 matches, totaling nine goals and eight assists.

For the 2018 season he transferred to Fordham University to pursue a reputable finance degree and live in the metropolis New York City. Over his last two years of college soccer he started 35 out of 36 games for the Rams, scoring four goals and adding two assists. He was named Third Team CoSIDA Academic All-American through his outstanding performance in the classroom.

Fordham University is a private research university in New York City which was established in 1841. Fordham’s alumni and faculty include U.S. Senators, a number of billionaires, and Emmy-winning actors. The University enrolls approximately 15,300 students from more than 65 countries, and is composed of ten constituent colleges. With over 60 undergraduate degrees, over 130 graduate degrees, and advanced certificate programs, the university offers a wide range of opportunities. In 2019, Forbes ranked the university at no. 148 among “America’s Best Colleges”.