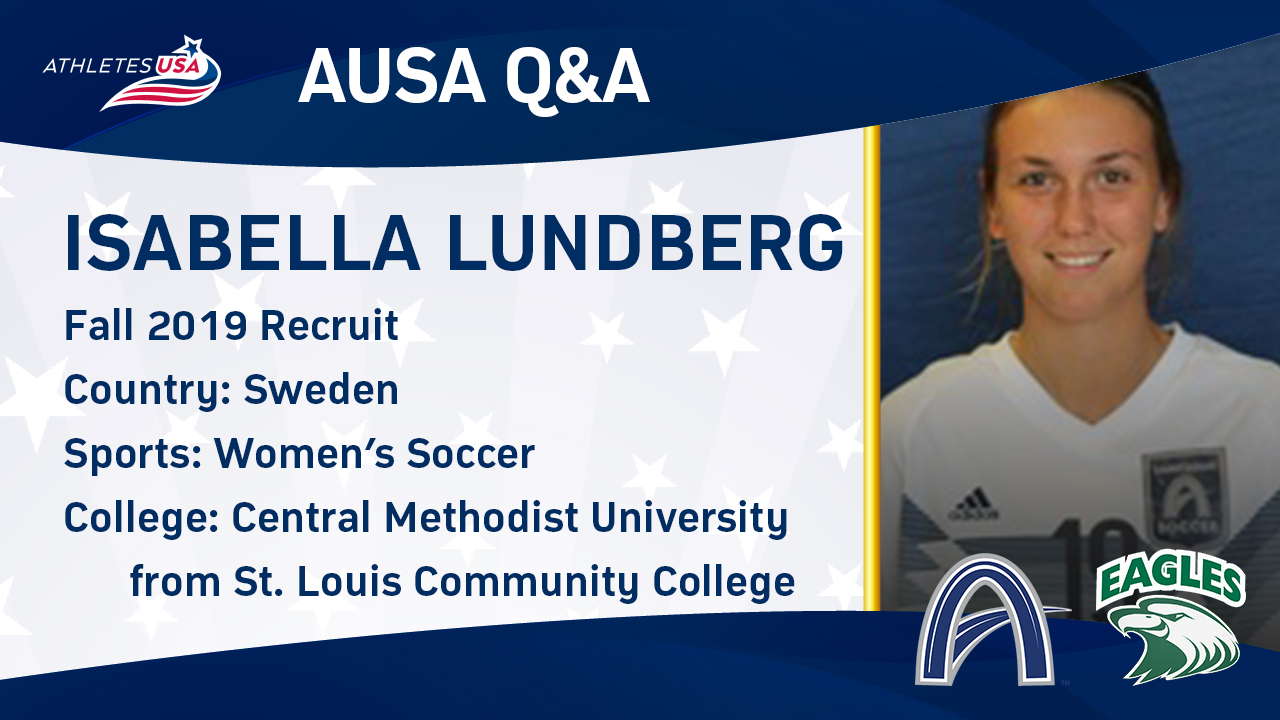 After attending her first year at St. Louis Community College, Isabella Lundberg has now officially transferred to play for the women’s soccer team at Central Methodist University in Illinois for her last three years of eligibility. During the interview Isabella opened up about her experience as an international student-athlete. From the point she first arrived in the U.S. on a soccer scholarship. She reflects on some hardships she went through as well as the best memories she created from playing with her team in St. Louis.

The Recruitment and Commitment Process

Isabella admitted that the process seemed hard at first. With Athletes USA’s help she was able to go through the steps smoothly after all. Also, the commitment process was long, especially getting the paperwork gathered for the embassy. She mentions how calm she felt knowing that whenever she had a question or felt confused, she could always reach out to her Athletes USA scout and get answers right away.

Start of the International Student-Athlete Experience

Classes were fun and easy for Isabella and the Professors were nice. On the other hand, the first weeks with her team were rather difficult to handle. She admits that her and the other two international girls on the team had a hard time feeling welcome. She also didn’t feel super comfortable with her roommates but was able to switch apartments and live with people she actually got along with. After a few weeks, she felt better about the whole situation. Now she looks back and laughs at these moments that have become funny stories to tell. 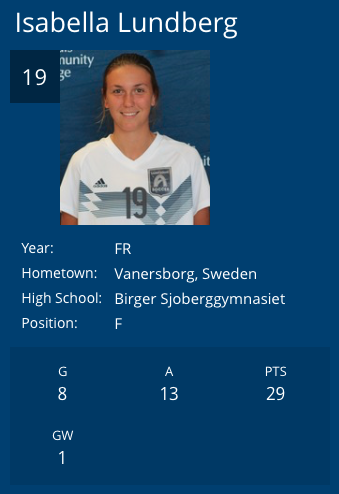 Even though Isabella is enjoying her time in the US studying and playing soccer, she did mention that she had to get used to doing things differently than back home. Part of that is due to changing banking systems, the transportation system, and getting used to being away from family. On the other hand, Isabella advices athletes that think about a sports scholarship opportunity in the US to “just do it.” She even said “it is an adventure that you are going to have for life. You’ll remember the good and the bad, you’ll have to learn to stand on your own. You will also meet new people, some amazing, some not amazing. But it is a journey that I would say that everyone should do.”

How to get a D1 Soccer Scholarship?