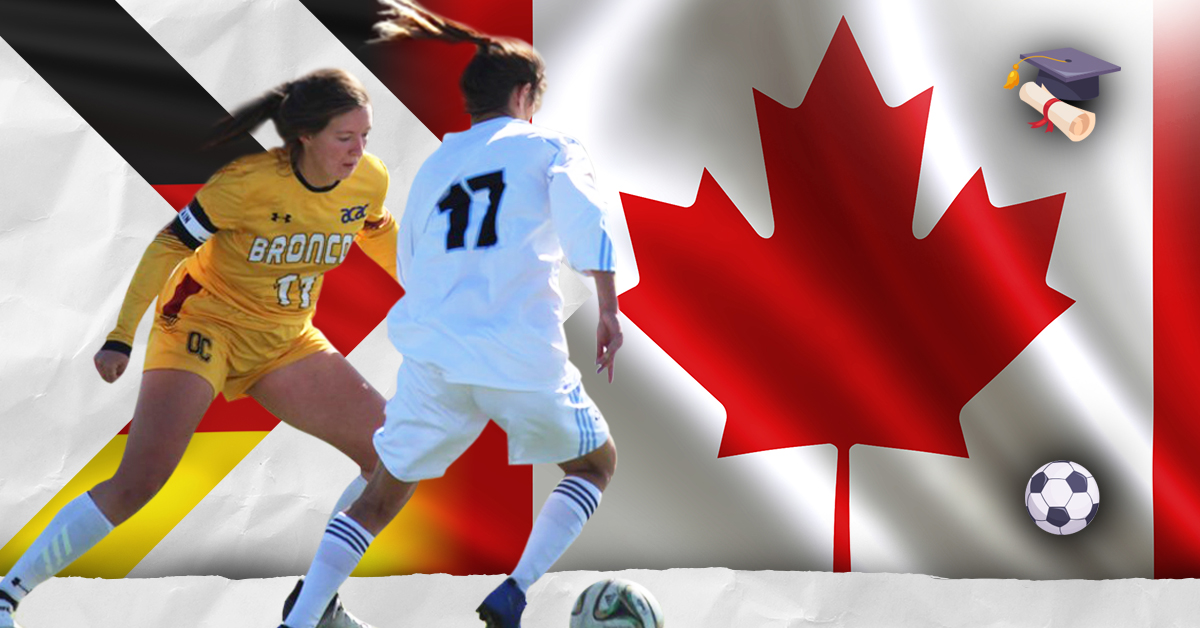 Katharina Oeltermann, a talented soccer player from Germany, committed to Olds College in Canada to become a Bronco almost two years ago. Native of a small southern town near Hannover, Germany, Katharina considered women’s soccer scholarship options in the United States. During the recruiting process Athletes USA also provided her with a big opportunity to play college soccer on a soccer scholarship in Canada. It didn’t take long for Katharina to commit to Olds College.

Oeltermann said her choice was Canada, because it reminded her of her hometown. When interviewed, Oeltermann mentioned all the adjustments she had to make upon her arrival to Canada. She comments time and time again about getting used to the weather.  “Like, (in 2018), we had snow in September, which was pretty weird for me. Then we had -45 F one time with the wind, which was really hard for me too. Getting used to that and then a winter that goes longer than six months. Sometimes that was really hard to adjust to, but I got used to it.”

Even though Katharine suffered an injury before her arrival to Olds College and eventually other injuries as she started to train, she has become a key player on the field. She is now placed sixth in the Alberta Colleges Athletic Conference south division with 16 points, which is very impressive, even more so for a defender. Additionally, she is doing a double major in Business Management and Sports Management. Her goals are to help soccer players in developing countries as well as help young athletes receive sport scholarship opportunities in the United States.

It is in Katharina’s future plans to stay in Canada for University and to continue playing college soccer. She really enjoys the gorgeous mountains and beautiful scenery while studying and playing at the same time. Even though soccer is not as big of a sport in Canada as it is in Europe she says there are great soccer scholarship opportunities is Canada for athletes looking to develop their skills. Overall, she has made a positive impression on the team and the league and will continue to do so. 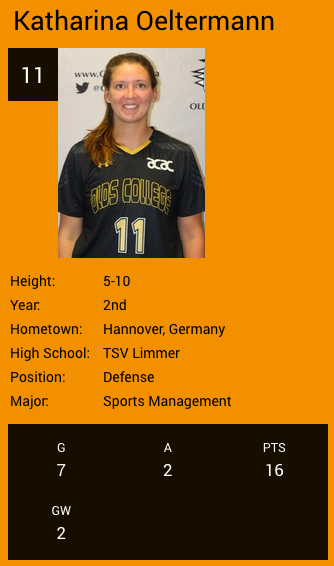